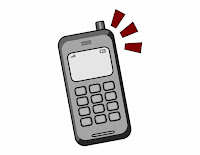 Today is Your Chance to Vote on the Tentative Local Collective Agreement!

TWO WEEKS LEFT
Remember that all Occasional Teachers (daily and LTOs) must complete the mandatory online training modules by the end of the June 26th school day. You must also complete your annual WHMIS Review and Offence Declaration etc., all of which can be found in the Employee Portal.
Please email the office at etfotvot@gmail.com or check past blogs if you require further details. 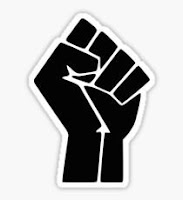 HAVING COURAGEOUS CONVERSATIONS
This material has been taken directly (with some minor grammatical modifications) from: Speak Up at School, How to Respond to Everyday Prejudice, Bias and Stereotypes by Teaching Tolerance
“In the end, we will remember not the words of our enemies, but the silence of our friends” – Martin Luther King Jr.
PREPARE YOURSELF
1. Mindset: Avoid being stymied by a discriminatory remark by preparing your mindset in advance. Start internally identifying yourself as a person who speaks up against bigotry and discrimination. Say the following to yourself:
 I am a person who will speak up against bigotry.
 I will not let hate have the last word. To help you feel prepared, come up with some ready responses that will work in a variety of moments, such as:
 That offends me.
 I don’t find that funny.
 I’m surprised to hear you say that.
 Can you clarify what you meant by that?
2. Tone and temperament: When speaking up, consider your tone and temperament. Remain calm and thoughtful in your approach. Do not react with shock or attack. Be yourself. Be firm. Be confident. Know that you are doing the right thing and that there is no need to shame the other person. Also avoid resorting to humour as it can send mixed messages to the other person around the appropriateness of their discriminatory comment or approach.
3. Assess the risk of speaking up: Try not to let unwarranted fear of speaking up silence you, but consider the consequences of speaking up and weigh them against the consequences of not speaking up.
4. Understand the dynamics of change: Change happens slowly and sometimes not at all. Remember though, that if you speak up, others may follow and others after them. You may inspire people to find the courage to speak up themselves.
5. Don’t underestimate your efforts: If changed behaviour is what you are after, keep that goal in mind and let it shape your response. Be a model for others to follow, As the saying goes, be the change you wish to see in the world.
IN THE MOMENT – BASIC STRATEGIES
1. Interrupt: You must speak up against every biased remark, every time it happens. Letting one go, them speaking up against the next one, send an inconsistent message: that sometimes bias is OK; other times it isn’t. Letting the first instance go without comment also sends the message to anyone within earshot that it’s OK to say bigoted things (or allow exclusion to continue occurring).
2. Question: Ask simple questions in response to discriminatory comments or exclusionary situations. This can create a helpful dialogue without being aggressive or accusatory.
Some examples include:
 Why do you say that?
 What do you mean?
 Tell me more.
 Did you mean to say something hurtful when you said that?
 Using that word as a putdown offends me.
 Using that word (or making that decision) doesn’t help others feel safe or accepted here.
3. Educate: Sometimes ignorance is at wok when people haven’t had as much exposure to diverse populations. Other times, people simply don’t know the negative power behind certain words or phrases. A good first step in addressing a moment of bias is to explain why the term, phrase or situation is offensive. It is not your “job” to educate everyone else about bias. People do need to take responsibility for their own ignorance. That said, you are in a school and education happens in schools. So it’s a natural fit to wrap education around moments of bias or stereotyping.
4. Echo: It’s powerful to be the first voice that interrupts bias. It’s also powerful on another level to be the second, third, fourth voice to join the interruption. In group settings, if someone has said something biased, and multiple people speak up, the echoing power of those voices can have a multiplying effect As the echoing voice, you can reiterate the anti-bias message or you can thank the first person for speaking up – or both!
Posted by ETFO Thames Valley OT Local at 6:12 PM