Important Rally - April 6th
It is time for all concerned members to stand together in defence of public education!
Our educational system needs investment and not cuts because "Cuts hurt Kids!"
Increasing class size, asking schools to take on additional children with autism without increased funding and reducing the number of Teachers and support staff in schools - these cuts are damaging to all students.
All ETFO members are urged to join OSSTF, OECTA, CUPE, AEFO and OSBCU in a peaceful noon-hour protest of these actions and pending cuts to public education. The more public the pressure, the more willing this government seems to be to listen - we must be heard!
From London:
- 8:00 AM (boarding at 7:45 AM)
- ETFO Thames Valley Teachers' Local Office, 2911 Bateman Trail in London
From Woodstock:

Workplace Violence Awareness Survey
The Board doesn't often ask Occasional Teachers to voice their concerns about workplace violence.  Please take a few minutes this week to complete the TVDSB anonymous survey found in the Employee Portal just under "Staff Development and Training", the fourth item on the list.  All employees have the right to work in a safe environment.

____________________________________________
www.etfotvot.com
We are all aware that the context in which Teachers/OTs work has dramatically changed. This government has initiated a "snitch line" on Teachers, taken back the 2 personal leave days accessible to daily OTs, cancelled future and new school repair funding for this year, proposed mandatory Math testing for Teachers, rolled back the Health and Phys Ed curriculum and placed a freeze on hiring. TVOT member already feel these effects and with future job prospects at stake, it is important for all TVOT members to register on our Local website. The Local is your representative and a party to all bargaining.  Ensure you receive accurate information rather than relying on rumours from unauthorized sources. Avail yourself of all the advantages of being a member including access to the $350 Professional Learning Development Fund and the $50 Book Rebate.  You are ETFO!
____________________________________________
Evaluations for LTOs under Regulation 274 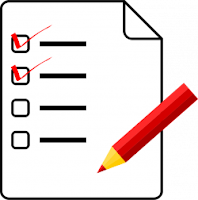 Fair Hiring Practices under Threat
As many of our TVOT members have recognized, this government is threatening to do away with Regulation 274 which legislates Teacher/LTO hiring across Ontario.  TVOT members are concerned about losing transparency in the hiring process and they worry about a return to hiring based on "who you know" or being "the right fit" for a position with no clear path to permanency.  Those on the LTO List are concerned that the newly graduated will leap-frog into LTOs and permanent hires without ever honing their skills as the sole authority in the class.
Prior to Regulation 274, our Local had identified a pool of Occasional Teachers who were so successful in their LTOs that Principals would call them first for full year assignments, yet these same people could not get a permanent position (unless one became available in that school) because they were anonymous to the rest of the system.  Regulation 274 successfully moved these OTs into permanent positions within one year.
Judging one candidate a better fit over another neglects the fact that a Teacher's credentials will change over their career and it overlooks that a Teacher is hired to the Board and not to a specific school where those needs and/or the Principal may change in a just few years.
As we have seen before, rather than address any flaws or challenges, this government is all too quick to revert to past practice and so Regulation 274 is on the line.
ETFO has developed a website making it easy to add your voice to those who want to preserve fair hiring so we urge you to visit https://buildingbetterschools.ca/fairhiring at your earliest opportunity.
________________________________________________

RED for EDucation Campaign
Provincial ETFO urges all ETFO members (Teachers and Occasional Teachers) to wear "Red for EDucation" every Friday moving forward in protest of the continuing cuts to education. We are all aware that thousands of children who are dealing with autism will be returning to our classrooms in April with very little additional support. This is not good for anyone. The government predicts that their newly announced increase in class size will result in a loss of 18,000 teaching positions over the next four years. How is this good for students?
This Friday, stand in solidarity with your fellow ETFO members and wear RED for EDucation .
_____________________________________________________
Beyond the smoke and mirrors - what's really going to happen in our classrooms?
by Diane Dewing, OTF President:
The recent announcement by the Ontario Minister of Education reveals the true goals of the Ford government and they are not pretty. Forget the issue to cell phones and sex education - essentially these issues are smoke and mirrors for the government to distract parents from the real issue of an estimated $ 1.4 billion being cut from public education.

What's going to happen to our kids in the classroom? Well, if you take a small secondary school of 700, the proposed change in average class size from 22 to 28 means a reduction of seven teachers. This translates to larger classes for compulsory secondary school subjects, loss of smaller programs such as technology, and puts our most vulnerable students at risk of not having supports within the school. These job losses will negatively impact the programs and quality of the education of all Ontario's students.

Online courses may be meant to compensate for the thousands of teacher job losses. Evidence proves that these courses are only effective for some students. An Ontario Student Trustees' Association (OSTA) survey of 2017 showed that 75% of student respondents rated online courses as not giving comparable-quality learning capabilities of the classroom. Making online courses mandatory puts vulnerable students at greater risk.  The support of a real teacher in a real classroom is the best answer for our students.

Although the Ontario Government still has not released the consultation results to which it refers, OTF doubts that parents want to see fewer programs and supports for their children, thousands of teacher jobs lost, or a move to mandatory online secondary credits.

To help everyone who has not used their paid PD entitlement of 6 half days,  the Board has sent the following detailing the opportunities for the remainder of the year to assist with your PD planning. All paid elementary OT opportunities are located under Conference/Session Registrations, Elementary Occasional Teacher PD 2018-2019.

If you have any questions about these PD opportunities, please connect with Charlene Hofbauer, ext. 20506 or c.hofbauer@tvdsb.ca

Please note there will not be a blog posting next Wednesday, March 13 due to the office being closed for March Break.
Wishing everyone a good week.

Posted by ETFO Thames Valley OT Local at 10:52 AM